GRAND OPENING OF THE INSTALLATION (PRESS CONFERENCE AND OPENING WITH A VISITED TOUR): October the 20th, 2018, 11.30 am. Reservation is highly requested: https://www.eventbrite.it/e/biglietti-segni-inaugurazione-dellopera-di-land-art-visita-guidata-49876336465

ENG – Two monumental red signs, condensing the vocation of a whole territory. This is how artist Joshua Cesa makes fully visible a fragmentof the border between Western and Eastern Europe: border which, during centuries, has split up populations forcing them to adopt new national identities (in recenthistory, with the World Wars). The installation risesin the middle of the Carso Upland, in the Doberdò LakesNature Reserve. Built of fabric, and designed to be gradually consumed, the artwork has a colour that recalls the surrounding landscape’s chromatic scale, dominated by a typeof karstic bush called “Sommaco”, to which a significative historical memory is connected: it’s belief that its autumn red leaves are actually the fallen soldiers’ blood resurfacing on the upland.

The visitor will be able to enjoy the artwork from different perspectives and points of view, even going inside it, discovering different perceptions of  the boundary and its continuous movements.

Joshua Cesa, was born in 1986 in Monfalcone (GO) and graduated from the University of Architecture in Udine, develops his art combining architecture with digital, installative and contemporary art, experimenting on the issue of conflicts to share the memory among local people. Cesa uses Land Art getting inspiration from the monumental and environmental impact of some Christo’s artworks, and so he did for his latest project “Segni”. This installation consists of the rappresentation of a fragment of the borderline between Western and Estern Europe through two monumental straight edged signs built of special fabric tipically used to fabricate sails, more than four metres tall and respectively 30 and 36 metres long, placed on the Carso Upland, in the village of Doberdò.

Indeed, the borderline has been moved on several occasions during the World Wars, splitting up populations and forcing survivors to assume a new national identity they didn’t feel comfortable with. The two signs are made in a blood red colour in accordance with the surrounding landscape’s chromatic scale, dominated by a type of karstic bush called Sommaco to which an important historical memory is connected: they say that its red autumn leaves are actually the ancient fallen soldiers’ blood that resurfaces on the upland.

For around a month, from the 20th  of October 2018 to the 18thNovember 2018, the visitor will have the possibility to enjoy the artwork from different perspectives: closely, so they could perceive the kinetic nature of the artwork, internally and from above, from the promontory of the nature reserve where the artwork’s shapes and dynamism pointing towards the sea can be easily caught. In particular, looking at the installation from the right side people may have a perception of breakthrough and tension to the destination, while on the left side the sensation will be the opposite.

This tension reminds the visitors of the public imagination of the Carso Upland as frontier with Eastern Europe, since it witnessed the World War I and the Cold War, in the period of the Berlin Wall when it was the last Italian fortress.

In a contemporary moment of transition, full of violence, the artist want to encourage the vistors to pay attention to the mortality of human beings, metaphorically represented by using a fabric that is deriberately designed to be gradually consumed by weather conditions. 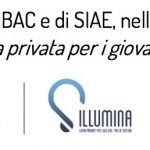